Leadership Class to Learn About Oil and Gas Issues 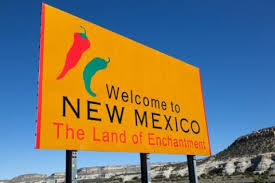 Need further proof that the nation’s energy sector is improving? Look no further than the Land of Enchantment. That’s largely due to massive pumping operations in the Permian Basin.

According to the state’s oil and gas association, New Mexico surpassed Oklahoma and California in September and October to become the third-largest producer in the nation. Texas and North Dakota retain the top spots on the list.

New Mexico industry officials confirmed on Wednesday that the state’s billions of dollars of investments by oil and gas companies are reaping great rewards as record production hit more than 16.3 million barrels of oil by the end of 2017.

“We saw a surge of investment in the Permian Basin, and that was really a precursor,” said Ryan Flynn, executive director of the New Mexico Oil and Gas Association. “When people are making those types of acquisitions, they aren’t going to just sit on those investments. They are going to make sure they’re able to turn those investments around and start getting returns.”

The state is celebrating surging revenue from the energy sector which allows New Mexico legislators to address priority issues like education and other programs.