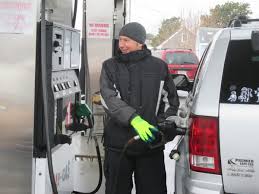 Gasoline prices are up in Oklahoma because of the increase in crude oil prices overseas and in the U.S.  AAA Oklahoma reports the statewide average is $2.41 a gallon, 6 cents higher than a week ago and 29 cents more a gallon than last year at this time.
The increase in Oklahoma ranked the state with the 6th largest jump over the past week.
Nationally, the average is $2.58 a gallon, an increase of 10 cents in the past week and 30 cents from a year ago. Oklahoma is not alone in seeing an increase in gasoline prices. Motorists in 47 states and Washington, D.C. have seen pump prices go up as much as 9 cents over the past week. But those drivers in the Great Lakes, Central, South and Southeastern states saw the largest increases.

“Compared to the first few weeks of January last year, consumer gasoline demand is noticeably higher, which is surprising given the frigid winter much of the country has experienced this month,” said Leslie Gamble, AAA Oklahoma spokesperson. “But demand isn’t the only factor driving prices up. Crude oil has been selling at very expensive rates the past few months. Those higher market prices are now trickling over to consumers at the pump.”

AAA Oklahoma suggests oil prices will continue their trend at rising and that will likely mean an increase at the pump. Prices for West Texas Intermediate crude on the New York Mercantile Exchange were in the upper 60s in recent trading. U.S. crude inventories were also at their lowest level in three years.

While crude inventories are at a record low and gasoline prices are going up, U.S crude oil production is also approaching a new 10 million barrel a day record.