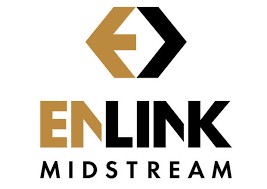 These transitions resulted from the company’s succession process, which was developed and administered by EnLink’s Boards of Directors to ensure strategic leadership continuity and the company’s long-term success.

Barry E. Davis has moved from his role as Chairman and CEO to become Executive Chairman, a newly created role in which he will continue to guide the company’s long-term strategy. Davis served as CEO since EnLink was created in 2014, following the merger of Crosstex Energy and Oklahoma City-based Devon Energy Corp. Davis founded Crosstex in 1996.

Michael J. Garberding was appointed President and CEO of EnLink, succeeding Davis as CEO. In his new role, Garberding is responsible for developing and leading EnLink’s corporate strategy. He previously served as EnLink’s CFO since 2011 and President and CFO since 2016. Garberding has more than 25 years of leadership experience in the energy industry and has held several executive-level positions within EnLink and its predecessors since 2008, including Senior Vice President of Business Development and Finance. He played a critical leadership role in creating EnLink’s financial and corporate strategy and was instrumental in the execution and integration of the merger that formed EnLink.

Eric D. Batchelder was named as EnLinkn’s Executive Vice President and CFO. In his new role, Batchelder is responsible for EnLink’s economic strategy and oversees financial forecasting and reporting, as well as capital markets activity. Batchelder brings more than 15 years of financial leadership experience in the energy sector, most recently as Managing Director, Energy Investment Banking at RBC Capital Markets. At RBC, Batchelder was responsible for transaction structuring, capital markets activity, strategic planning, business development efforts, and maintaining key client relationships for the bank’s midstream energy advisory business in the United States. He also has extensive experience in advising clients with mergers and acquisitions, including several EnLink transactions. Prior to RBC, Batchelder spent 10 years at Goldman Sachs & Co. where he advised on several significant deals, including the approximately $10 billion sale of Southern Union Co. to Energy Transfer Equity and the $1.35 billion sale of Koch Industries Natural Gas Liquids Business to ONEOK. Prior to Goldman Sachs, he spent seven years at Arthur Andersen LLP and is a certified public accountant. He earned a Bachelor of Arts in economics from Middlebury College, a Master of Science in professional accounting from the University of Hartford, and a Master of Business Administration from The Tuck School of Business at Dartmouth.

Additionally, EnLink named R. Alan Marcum to the boards of directors for both the general partner and the master limited partnership. He was selected to serve as a director due to his affiliation with Devon, his extensive knowledge of the energy industry, and his financial and business expertise. Marcum is the Executive Vice President, Administration for Oklahoma City-based Devon, a position he has served in since 2008. Prior to joining Devon in 1995, Marcum was employed by KPMG Peat Marwick as a Senior Auditor. He earned a bachelor’s degree from East Central University, majoring in accounting and finance. He is a certified public accountant and a member of the Oklahoma Society of Certified Public Accountants.

Steve J. Hoppe, EnLink Executive Vice President and President of the Gas Business Unit, is leaving the company to pursue other interests. Hoppe has been with EnLink since its creation in 2014, having joined the company from Devon at the time of the merger.