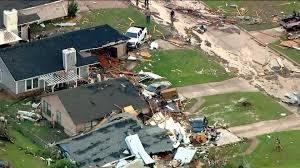 A southwest Oklahoma contractor has been charged with felony construction fraud following the tornado that hit Elk City last May. But he is denying the claims made in the charges.

Chris Poindexter, owner of Pridex Construction Company of Lone Wolf was the subject of a 37-page arrest warrant issued this week. He was charged after police in Elk City investigated a complaint made by Alan Beck of Elk City. Beck had hired him to do repairs to his home following the deadly tornado.

“I’m not paid to this day and now I’m facing a felony charge,” said Poindexter in an interview with News 9. “And I have been arrested for home repair fraud. I’m speechless. But the police say it’s a valid charge. We’ll let the court proceedings take care of them.”