Who’s Complaining About Pumping Their Own Gas? 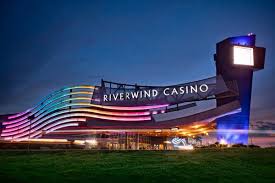 Nearly 14 years after the federal government said tribal casinos could be subjected to labor laws because they employ non-Indians and cater to non-Indians, the House has passed a bill targeting the move. And Oklahoma Congressman Tom  Cole applauded the move, although in a statement he never mentioned ‘casinos’.

While the National Labor Relations Board ruled in 2004 that casinos fell under the law, the same standard did not apply to states and local governments.

“The subjective practices that the NLRB has imposed on tribal businesses the past 14 years severely violates the right that tribes have to self-governance and sovereignty,” said Rep. Cole. The passage of the Tribal Labor Sovereignty Act will restore the authority previously afforded to tribes to self-govern commercial activity on their own lands, as well as protect and respect their right to sovereignty.”

The bill, officially known as S. 140 was approved this week on a House vote of 239-173 and had the support of all Oklahoma U.S. Representatives including Jim Bridenstine who had not voted on some issues in 2017 because he had been nominated to be the next NASA Administrator. The measure exempts tribes and their gaming operations from federal labor law.

It also prevents the NLRB from using “wrongful jurisdiction over tribal businesses that operate on tribal land.”