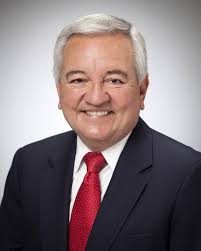 Former longtime SBC executive Dave Lopez, the current Secretary of State for Oklahoma has picked up another title as he serves on Governor Mary Fallin’s cabinet.

She announced this week that Lopez will also serve as secretary of education and workforce development. While appointment still must receive confirmation by the State Senate,  Lopez will begin his new duties immediately.

Before becoming Secretary of State, Lopez served as interim superintendent of Oklahoma City Public Schools from 2013 to 2014. He held the position while the school board concluded a national search for a permanent superintendent.

“Dave Lopez is a hard-working, energetic Cabinet member whose expertise has been very beneficial to my administration,” said Fallin. “I am asking him to take on the added task of developing and refining policies that will give students, including adult students, the skills they need to find and keep jobs in our state.”

Lopez succeeds Natalie Shirley, who was named to the post in January 2015. She recently resigned as president of Oklahoma State University-Oklahoma City. She begins her new duties later this month as president and chief executive officer of the National Cowboy & Western Heritage Museum in Oklahoma City.

“I appreciate Natalie Shirley’s service and ideas she brought to my Cabinet,” Fallin said. ”She shepherded a cooperative effort between Oklahoma public education and our business community to ensure we are increasing educational attainment in Oklahoma. The best way we can support our businesses and grow our economy is to produce a more educated workforce.”

“It’s an honor to be asked to follow Secretary Shirley and her engagement of the public and private sectors to develop the innovative Oklahoma Works strategies,” said Lopez. “The ‘Earn and Learn’ program of apprenticeships and internships, in particular, can be transformational for Oklahoma students and employers.”