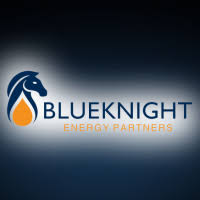 The Oklahoma City-based company said the declaration was made by the board of directors. But the distribution was unchanged from the third quarter 2017 distribution announced by the midstream  company.

The distributions will be payable Feb. 14, 2018 on all outstanding common and preferred units to unitholders of record as of the close of business on Feb. 2, 2018.

In Wednesday’s trading on the New York Stock Exchange, Blueknight Energy’s shares were down 7 cents to $5.52 at mid-morning.