Energy Transfer Deals With Another Pipeline Lawsuit and Protest

The report will be released before the market opens on Monday, Jan. 29, 2018. The companies will hold a conference call starting at 9 a.m. Oklahoma time later in the day.  Alliance management will be on hand to discuss the results.

The company reported 3rd quarter total earnings of $453.2 million, a drop from the $552.1 million reported one year earlier. The company said as a result of the lower revenues, net income for the quarter declined to $61.3 million. A year earlier, net income totaled $89.8 million. 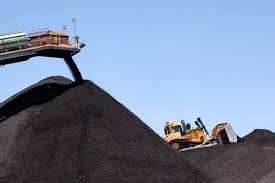 With mining operations in Kentucky, Indiana, Illinois, West Virginia and Maryland, Alliance is the nation’s second largest coal company. It is also the largest coal producer in the Illinois Basin. The company controls more than 1.7 billion tons of coal reserves.