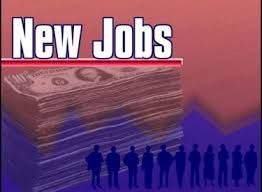 A new report from the Oklahoma Department of Commerce says the state had more than $6 billion in new investment by companies in 2017.

More than 3,500 jobs are eventually expected from the announcements.  At least 22 companies were new to the state.

The largest investment was Invenergy’s $4.5 billion wind farm in the Oklahoma Panhandle. The Wind Catcher Energy Connection will bring Oklahoma wind power to more than 1.1 million energy customers in the South Central U.S. It will also be the largest wind farm in the U.S. and the second-largest in the world once it is operational.

Invenergy says the 2,000-megawatt operation will generate power from 800 wind turbines and construction will create 4,000 direct jobs for workers and support the creation of another 4,400 jobs.

But the Commerce Department said MedXM’s plan to hire more than 400 workers is the largest expansion in employment for the year.

A national leader in preventive care technology and in-home health risk assessments, Mobile Medical Examination Inc. will expand into Oklahoma City. The announcement was made in March 2017 by Gov. Mary Fallin.

“MedXM’s presence in our state is a welcome addition, and helps us further diversify our economy and provide new career opportunities for Oklahomans,” said Fallin. “Oklahoma offers multiple benefits to businesses looking to relocate and expand, as our state continues to diversify its economy, create new jobs, and see growth in customer services and support operations.”

The 400 full-time jobs will be provided over the course of five years.

Of the 82 total announcements regarding expansions or new investment in the state, they came in 32 of the state’s 77 counties.