Work to Expand at American Airlines Maintenance Center in Tulsa 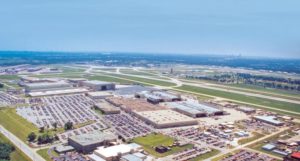 While the Airline was saddled with troubling news this past week for a glitch that resulted in a December shortage of pilots, it also announced that some of its maintenance outsourced to South America is coming to Tulsa next year.

“This announcement is great news for the American Airlines Tulsa Maintenance Base, which is the world’s largest commercial airline maintenance facility and for the Tulsa community,” said the governor in a statement. “This exemplifies the quality of industry-leading heavy maintenance work performed by the employees at the Tulsa maintenance base. It means a significant increase in the amount of money American Airlines will spend with Oklahoma vendors.” 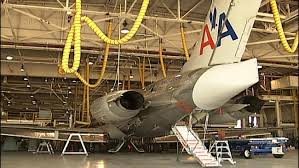 Known as Tech Ops-Tulsa, the base employs 5,200 people. The facility is 3.3 million square feet in size and was founded in 1946. It handles aircraft overhaul and component and avionics repair.

“Tech Ops-Tulsa is here for the long term,” said David Seymour, senior vice president of integrated operations for America in announcing the expansion of work. He said the center will take over the work on the CFM56-5B engine.

“Bringing the 5B to Tulsa builds on the goal of Tulsa performing high-volume-long-running work,” added Seymour. “When we can identify this type of work and move it to Tulsa, we will.”