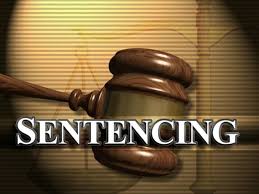 While Oklahoma awaits its payout  from Volkswagen over the emissions cheating scandal, a top VW executive has been sentenced to 7 years in prison for his role in what happened.

“I only have myself to blame,” said Oliver Schmidt during his sentencing on Wednesday in Detroit federal court. “I accept the punishment.”

He had asked U.S. District Judge Sean Cox to limit his sentence to 40 months, claiming he had been coached to lie about emissions by his bosses. Prosecutors wanted him to do seven years and that’s what he got after pleading guilty in August to one count of conspiracy to defraud the U.S. and another of violating the Clean Air Act. He was also fined $400,000.

The judge refused to be lenient in his sentencing.

“In my opinion, you were a key conspirator, responsible for the cover-up in the United States,’’ the judge said. Schmidt worked with VW management to conceal the fraud, using it as an “opportunity to shine, and climb the corporate ladder,’’ Cox added. “This is a very serious, troubling offense.’’

Volkswagen already has run up $30 billion in costs following the 2015 admission it outfitted some 11 million diesel cards worldwide with a defeat device.

Since then, it has agreed to give billions to different states where there are VW owners of the vehicles in question. Oklahoma is in the process of determining a proposed plan to spend the money on reducing emissions. The State Department of Environmental Quality is in charge of creating the plan.