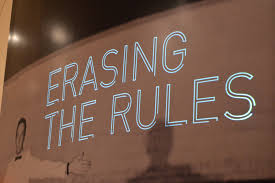 Weeks after the 10th U.S. Circuit Court of Appeals declined to rule in a fight over fracking and other oil and gas drilling rules on government lands, the Trump administration has rescinded the proposed rules.

The move was announced Thursday and put into effect on Friday as the rules developed under former President Barack Obama were eliminated. Under Obama’s rules, companies would have been forced to reveal the chemicals used in fracking.

They were supposed to have been implemented two years ago but a federal judge in Wyoming blocked them, resulting in the case going to the Federal Appeals court in Denver, Colorado.

Industry groups and some of those who originally challenged the rules in Wyoming praised the long-awaited move. Western Energy Alliance in Denver and the Independent Petroleum Association of America based in Washington, D.C. applauded the move. The groups had argued the federal rules were a duplication of state rules and created unnecessary and expensive burdens on the oil and gas explorers.

“States have an exemplary safety record regulating fracking, and that environmental protection will continue as before,” Western Energy Alliance President Kathleen Sgamma said in a release.

“Fracking is a toxic business, and that’s why states and countries have banned it. Trump’s reckless decision to repeal these common-sense protections will have serious consequences,” Brett Hartl, government affairs director at the Center for Biological Diversity, said in an email.