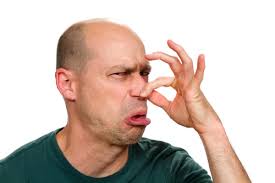 Many the feedlot operator who had a quick response for visitors who complained of the smell, “That’s the smell of money.”

Such was the case for the past several months in Odessa, Texas where growing complaints from residents led to a state investigation and wrongful accusations against one energy company. Their complaints didn’t focus on the normal oil-field smells they had become accustomed to sniffing.

As the Texas Monthly reported recently, the unusually pungent odor began growing last spring until residents started filing official complaints. It led to an investigation by the Texas Commission on Environmental Quality of an industrial park on the east side of Odessa.

Theories abounded. some thought it was sewage from an open man hole. Others thought it was rainwater pooling in retention ponds at a chemical company site.

Months later and the TCEQ investigated Ace Completions, a firm that stores oil field chemicals. The small was so bad that one investigator became ill and had to quickly leave the scene.

After another visit, state regulators cited Ace Completions with a Notice of Violation for creating a “nuisance odor.” Investigators contended chemicals stored at the site had spilled and reacted with rainwater.

Ace Completions CEO Jody Ehler explained three tests conducted at the urging of the state showed no contaminants had been spilled. He said the real cause was floodwater that ended up in a retention pond where plant matter was trapped. It was finally pumped out.

But as Texas Monthly reported, Ace was a victim of the entire smelly ordeal. Its reputation had suffered and the company was in talks with a local newspaper to retract and correct a story that blamed chemical contamination at the company site.