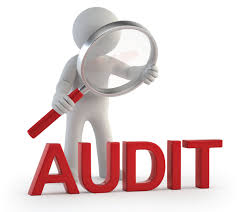 The Oklahoma Water Resources Board has come through a State Auditor’s Operational Audit with only a few recommendations of changes in the way it manages money.

Released Thursday, the operational audit covered July 1, 2014 through Dec. 31, 2016. One recommendation indicated revenues were at risk “due to inadequate segregation of duties.” The auditor found one receptionist was responsible for receiving payments and no receipt book or mail log was maintained.

“This creates an opportunity for this individual to potentially misappropriate funds received,” stated the audit. The Water Resources Board agreed to make the changes, pointing out it has no electronic receipting system and as a result, the payments were handled manually.

Another problem discovered in the audit was that the OWRB Well Drillers and Pump Installers Remedial Action Indemnity Fund was at times over the $50,000 threshold and not in compliance with state laws.  At one point in 2016, the fund reached $85,135 before a transfer was made in March 2017. The auditor recommended a monthly review and the Water Board agreed to do it.