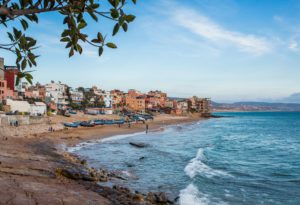 EPA Chief Scott Pruitt’s facing criticism for flying off to Morocco this week with four staffers on a trip that cost taxpayers some $40,000.

He made the trip to encourage the North African kingdom to import liquefied natural gas from the United States. But Democrats and advocacy groups immediately questioned the need of the trip.

“I question whether promoting fossil-fuel sales abroad aligns with the EPA’s core mission of protecting human health and the environment,” said Rep. Betty McCollum, the top Democrat on the House committee that oversees EPA spending.

The $40,000 cost does not include around-the-clock security that accompanies Pruitt wherever he goes. Pruitt’s airfare, accommodations and other costs accounted for more than $17,500.

His travel expenses have already been in the spotlight. Earlier in the year, records showed that Pruitt had taken four flights on non-commercial aircraft costing more than $58,000.