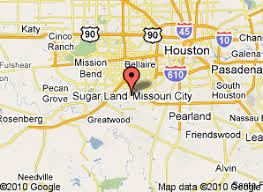 No injuries were reported Thursday in an oil well blowout in the far south Texas suburb of Missouri City.

It happened Wednesday night as an uncontrollable release of oil was reported in a well in the vicinity of Texas Parkway and the Fort Bend Parkway Toll Road in the Houston metro area according to KPRC TV News.

The station reported that a crew was drilling for oil when it began to spew. While a strong odor hung over the nearby communities, it was not considered dangerous.