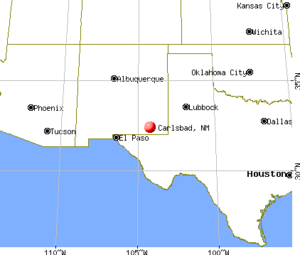 No injuries were reported as the blast happened in a sparsely populated rural area south of Carlsbad.

It happened on a line that transfers gas from wells to a treatment facility.

Rick Rainey of enterprise Products Partners L.P. in Houston said an investigation was underway in determining what caused the pipeline to rupture, explode and catch fire according to the Carlsbad Current-Argus newspaper.

The site was about 10 miles south of Carlsbad, according to Eddy County Emergency Manager Jennifer Armendariz. It occurred near the junction of highways U.S. 285 and State route 31. Nearby residents were evacuated temporarily.