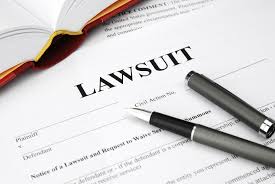 Just because political leaders in New York convinced the state to ban fracking doesn’t mean everyone’s against it.

Take the recent case of attorney David Morabito of East Rochester. He’s been fighting the hydraulic fracturing ban for years and recently filed a lawsuit trying to force New York to compensate him for the oil and gas rights on his land.

Morabito and his wife sued the New York Department of Environmental Conservation in federal court. They argue the state took their property rights by preventing them from allowing high-volume fracking on their land.

The land they own is in Allegany County which includes the gas-rich Marcellus Shale formation. But it was in 2014 when Gov. Andrew Cuomo’s administration banned high-volume fracking.

Morabito’s lawsuit calls the Cuomo administration’s decision “a complete sham and a constitutional ‘taking’.” The “takings” principle of the Fifth Amendment is the focus of the lawsuit, which prevents governments from taking private property for public use “without just compensation.”