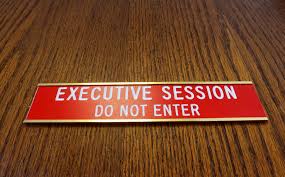 Even though it filed suit against Tulsa-based Citizen Energy over well-drilling sites, the city of Mustang is working to settle the lawsuit in Canadian County District court.

As the Mustang Times reported, the city council in a meeting prior to Christmas went into a special executive session over a proposed settlement and journal entry of judgment.

City leaders did not comment publicly about the session nor the proposed settlement of the suit that was filed in November.

The suit was filed after Citizen Energy gave an indication by letter that it would not comply with certain restrictions approved by the city council on the company’s drilling permits. The restrictions were “conditional use permits” and included the requirement of a sound barrier constructed around the well sites. The energy firm was also prohibited from using some of the roadways around the well site and had to restore the condition of Frisco Road after the completion of drilling.

A District Judge granted a temporary restraining order to the city barring Citizen Energy from moving ahead with drilling operations.