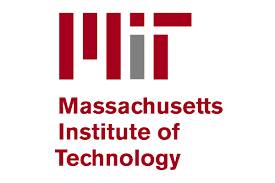 Billionaire oilman Harold Hamm, founder and head of Oklahoma Cit-based Continental Resources Inc. isn’t the only one who thinks the federal government’s oil production forecasts are exaggerated and wrong.

Now researchers at MIT agree and in a study and report on the U.S. oil and gas markets, they believe the country’s shale boom could “end up being a little too good to be true,” according to Bloomberg News.

They think they have discovered a flaw in the Energy Department’s official forecast. Just as Hamm thinks the Energy Information Administration’s forecasts are overestimated, the MIT scientists say technology isn’t behind so much of the production as low energy prices.

“The EIA is assuming that productivity of individual wells will continue to rise as a result of improvements in technology,” said Justin B. Montgomery, a  researcher at the Massachusetts of Technology. He is one of the authors of the study.

“This compounds year after year, like interest, so the further out in the future the wells are drilled, the more that they are being overestimated.”

The MIT study is based on a review of North Dakota’s Bakken shale deposit and it suggests the EIA estimate is as much as 10 percent too high.