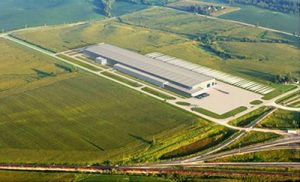 The nation’s largest maker of those giant wind turbine blades is being sued by yet another former employee at its Newton, Iowa plant.

Zarpka Green contends the contact dermatitis she suffers is a result of being exposed to the resin that covers the blades….the same claim made by four other previous workers at the plant according to the Des Moines Register and Tribune.

The 36-year old Green says she contracted the illness because her job required crawling inside the turbine blades to apply a hazardous resin.  When she complained, she was fired, according to her lawsuit.

The 36-year-old suffers from contact dermatitis, a condition she says she contracted while crawling inside cavernous wind turbine blades to apply a hazardous resin at TPI Composites’ Newton factory. 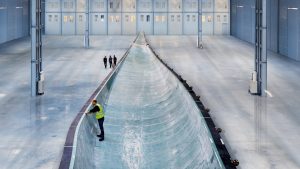 Her suit accuses TPI Composites Inc. of gross negligence, breach of contract and fraud. While the company has made court filings denying the claims, four others also sued the firm after being hurt by the chemicals at the same plant.

In two other cases, administrative law judges ruled the company had wrongly denied unemployment benefits for workers who suffered skin injuries on the job. Iowa’s Occupational Safety and Health Administration has received at least 300 recorded cases of skin injuries from 2008 to 2016. But the state agency has never issued a fine to the company over the incidents.

TPI Composites is based in Scottsdale, Arizona and has operations and plants located around the world.