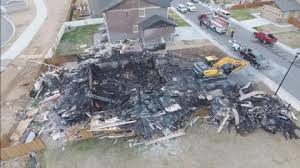 Ever since a fiery home explosion killed two men last April near Denver, Colorado, the state has experienced a dozen other explosions in the oil and gas industry according to a review carried out by the Denver Post.
The newspaper indicated no enforcement action of any kind against Anadarko Petroleum has occurred in the wake of the April 17th deaths in the suburb of Firestone. The state says there is no rule covering what happened and it does not intend to create such new rules for incidents that cause fatalities. Anadarko owned the leaking underground line that was blamed for the explosion.

Some modifications to existing rules are proposed but the changes, according to the newspaper don’t deal with industrial accidents that result in deaths. The Colorado Oil and Gas Conservation Commission was created by the legislature but it lacks the authority to punish companies for fatal explosions.

The NTSB is still investigating the Firestone explosion and a spokesman indicated no conclusions have been reached.  The agency also lacks enforcement authority and will not take action against Anadarko.