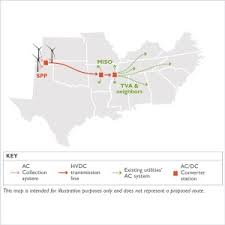 The sales price was not revealed by either side in the deal. However, Clean Line Energy maintained ownership of the project outside Oklahoma. The sale involved 420 miles of the 720 mile project. NextEra also purchased the Oklahoma right of way that Clean Line had already acquired.

U.S. District Judge D. Price Marshall Jr. ruled before Christmas against the complaints of Arkansas landowners who challenged a $2 billion wind-power high-voltage transmission line across Arkansas. The landowners had claimed the line went beyond legal authority of federal law and also deprived them of due process.

Two groups formed by the landowners, Golden Bridge LLC and downwind LLC filed suit more than a year ago challenging the route of the proposed 720-mile project. But Judge Marshall, in his 18-page order ruled the line had been properly approved by the Department of Energy, adding, “the United States hasn’t deprived the landowners of due process.”

He added, “There’s no question that this project casts a shadow on their land. But this happens whenever a state plans a highway or a city starts annexing territory.”

At least 15 hearings were held in Oklahoma, Arkansas, Texas and Tennessee on the Clean Line.

“And while it is too much to hope that everyone will agree with this Court’s decision, perhaps everyone will acknowledge that they have been fully heard here,” wrote the judge. “If there are condemnation actions, this Court or another one will see that the law is followed in those circumstances.”

The high-voltage line will ship 4,000 megawatts of renewable energy to Arkansas, Tennessee and the southeastern United States. The privately funded $2.5 billion transmission line could be in operation by the second half of 2020.