Williams Cos. in Legal Fight With Nuns in Pennsylvania 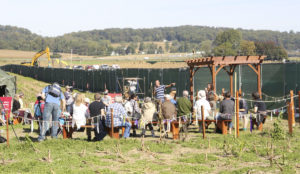 Williams Cos. in Tulsa is assessing what might happen next after a three-judge panel of the D.C. Circuit temporarily stopped construction of the company’s $3 billion Atlantic Sunrise natural gas pipeline in Pennsylvania. Williams finds itself in a fight with Catholic nuns.

The court in its ruling on Monday indicated it wants more time to consider a request for a full stay on the project. The Williams company ran into legal objections when it prepared to run the pipeline through a cornfield owned by an order of nuns in Lancaster County. The Adorers of the Blood of Christ filed suit in federal court against FERC and Williams subsidiary Transcontinental Pipe Line Co. but a judge dismissed it. However, the order filed an appeal.

The emergency motion in the case asked to have work halted until the Federal Energy Regulatory Commission completes an environmental review of the long-term impacts of the pipeline and the public need for it. The suit was filed under the Religious Freedom Restoration Act. 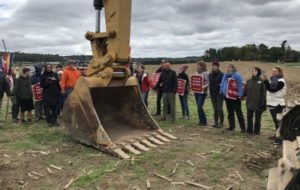 “We are currently reviewing today’s temporary order and identifying any potential short-term impact to the Atlantic Sunrise project this ruling may have,” Christopher Stockton, spokesman for builder Williams Partners, said Monday evening in a statement to Lancaster Online.

The nuns contend the Earth is God’s creation and land is a “gift of beauty and sustenance that should not be used in an “excessive and harmful way.” They are supported by the local Sierra Club.

Mark Clatterbuck, a co-founder of Lancaster Against Pipelines issued a statement, saying “The arrogance of the industry is on full display as they rush this project and silence protesters while there are still pending cases in court.”