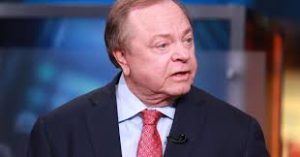 Vocal critic of the Energy Information Administration, Oklahoma oilman Harold Hamm is going into the mouth of the lion on Thursday.

He will speak at a webinar sponsored by the EIA and appear alongside an EIA analyst as they discuss crude production trends and examine the agency’s oil forecasts.

If you recall, it was in September when Hamm, founder of Continental Resources Inc. didn’t have kind words for the EIA and its oil production forecasts. He said at the time the Energy Information Administration’s new prediction of 1 million new barrels of oil a day in U.S. production was “just flat wrong” and “distorting” global crude prices.

“When we’re lagging the Brent world price by 46 a barrel, that’s not putting America first, that’s putting America last. And that’s the result of this exaggerated amount that EIA has out there,” said Hamm.

He will be joined at the EIA forum by analysts from Rystad Energy and Drilling Info Inc. Some say the involvement of an oil industry leader at an EIA webinar is unprecedented.