Two Members Join Board at HollyFrontier 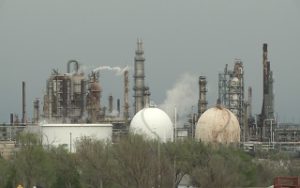 HollyFrontier Corporation, the Dallas-based company with refineries in Tulsa, Oklahoma and El Dorado, Kansas announced the appointment this week of two new members to its Board of Directors.

The naming of Anne-Marie N. Ainsworth and Anna C. Catalono will increase the size of the Board to eleven directors and increase the number of independent directors from seven to nine.

Ainsworth was President and CEO of the general part of Oiltanking Partners, L.P. and Oiltanking Holding Americas, Inc until her retirement in 2014. She was also a board member of the Oklahoma City based Seventy Seven Energy Inc. until June 2015.

Catalano was previously a Group Vice President of Marketing for BP from 2000 to 2003.