Tribe Vows to Fight Keystone XL and Protect Its Land 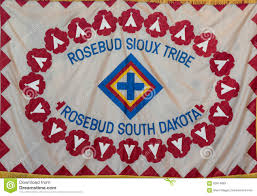 At least one Native American tribe vows to be vigilant in its opposition to the Keystone XL pipeline that was approved this week by the Nebraska Public Service Commission.

The pledge comes from the Rosebud Sioux Tribe and its President William Kindle.

“The land, water, tribal sovereignty, and governmental services were not ‘given’ to us in those treaties. They were bargained for with the blood of our ancestors. We will not dishonor our relatives and unnecessarily endanger our health, safety and well-being,” he said.

The tribe retained the Native American Rights Fund to represent it in fighting the pipeline which will cross through traditional Lakota homelands and treaty territories. It will affect the Rosebud Sioux Tribe and Native Nations in Montana, South Dakota and Nebraska. 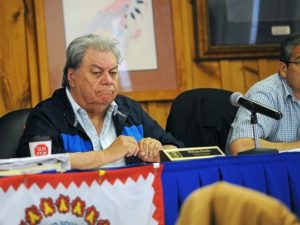 Kindle maintains it will also endanger the Ogallala Aquifer which supplies water for residential and agricultural needs on the High Plains in eight states.

“The Rosebud Sioux Tribe will take any and all necessary steps, up to and including litigation, to protect our people, our land and water, and our cultural and historic resources,” added Kindle.

Attorney Matt Campbell with the NARF said the tribe has a duty to protect the health and welfare of its citizens.

“NARF will help the Tribe consider all of its options for ensuring the safety of its citizens, territory and resources,” he said.

Another staff attorney, Natalie Landreth added, “They have laws protecting their water; those laws must be respected. Keystone XL will need permission from the Tribe, so this is not over.”

The Rosebud Indian Reservation was established in 1889 and includes all of Todd County, South Dakota and communities and land in the four adjacent counties.

NARF is the largest nonprofit national Indian rights legal services organization in the country and has represented 275 tribes in 31 states.