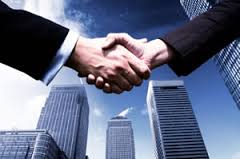 Shareholders of two Kansas electrical power companies voted this week for a merger.

It’s planned between Westar Energy, Inc. and Great Plains Energy Incorporated which is the parent company of Kansas City Power and Light. More than 90 percent of the shares voted at each company approved the merger.

“We are excited about today’s approval from shareholders of both Great Plains Energy and Westar Energy. This vote indicates that both companies’ shareholders believe in our combined ability to create a stronger regional energy provider, positioned to better serve all of our customers,” said Terry Bassham, chairman, president and chief executive officer of Great Plains Energy and KCP&L. “This new combined company will ensure we keep ownership of our utility assets in our region to grow local economies.”

Westar Energy and Great Plains Energy announced a revised transaction in July 2017 after the Kansas Corporation Commission denied the companies’ original request to combine in April. This revised agreement involves no transaction debt, no exchange of cash, and is a stock-for-stock merger of equals, creating a company with a combined equity value of approximately $15 billion.

The merger is expected to help maintain reliable, low cost energy for the company’s 1 million Kansas customers and nearly 600,000 customers in Missouri. Additionally, with one of the largest renewable energy portfolios in the nation, the new combined company will be a clean energy leader, supplying nearly half of its retail sales from emissions-free electricity.