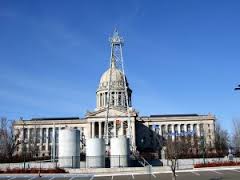 The Oklahoma Senate passed a bill late Monday afternoon to plug the state’s $215-million budget deficit, according to a news report by Aaron Brilbeck of News9.

Senate legislators agreed to set aside partisan politics and advance a measure that would raise the cigarette tax by $1.50 per pack, increase the beer tax and raise the fuel tax by six cents a gallon.  The bill also includes a production tax increase on new oil and natural gas wells.

Even Governor Fallin spoke favorably about the Senate deal.

“Let’s bring this session to an end, let’s find a way forward for our state, lets fund these core services for our people, show the people that we can get our job done,” said Governor Fallin.

Her comments came on the heels of an announcement by Moody’s Investor Service giving the state a “Credit negative rating” because of its inability to solve the budget problems while raiding reserves to bridge the budget gap.

At least one energy organization expressed displeasure with the proposal.

“We are disappointed in the Senate’s continued efforts to increase taxes on this state’s defining industry,” said Tim Wigley, Oklahoma Independent Petroleum Association President. “In their zeal to place a greater burden on the state’s largest single taxpayer, Senators have put investment in this state’s oilfields and the jobs of working Oklahomans in jeopardy.”

“The Senate’s action follows years of industry concessions in 2010, 2014, 2016 and in this year’s regular legislative session that removed every tax incentive utilized by Oklahoma oil and natural gas producers to attract investors to the state’s historic oilfields,” said Wigley. “The continued attack on tax policy that has drawn billions of dollars of investment capital into the state’s oil and natural gas industry will only reduce our state’s ability to attract new drilling and will stymie the economic growth driving treasury collections.”