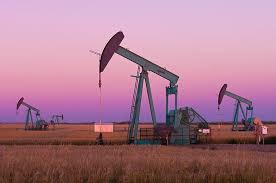 Under a bill offered and passed by Republicans in the Oklahoma House on Wednesday, gross production taxes on so-called Legacy wells would be increased from 4 percent to 7 percent, raising nearly 450 million in the last half of FY 18.

House Bill 1085X would also raise another $100 million for the entire FY 19. It passed on a vote of 64-31 with some Republicans joining Democrats in opposing the move.

While Democrats have held out support of other budget fixes until gross production taxes were raised, some considered this a weak ploy by Republicans.
“I am voting no on this bill because the number of wells under the effect of this bill is in question,” argued Rep. Karen Gaddis, a Democrat from Tulsa.

An estimated 6,600 older wells could be effected.

“We have no idea whether or not this is really going to give us the revenue that’s been identified as a fiscal impact,” said Rep. Meloyde Blancett, another Democrat from Tulsa.

“I’m curious what kind of threats are going out to prevent other members from doing the right thing today. So I’m gonna vote for this bill because we need every dime we can get.”

But the argument that stirred up state employees came from Rep. John Bennett, a Republican from Sallisaw who opposed the tax hike.

Critics of HB 1085 argued the revenue boost would only be temporary because the wells affected are expect to see an increase in the gross production tax anyway in the next 18 months.
House Speaker Charles McCall said today he was pleased the House of Representatives voted to increase the gross production tax rate on over 6,600 oil and gas wells, providing much needed funding to help fill the budget hole and increase teacher pay.

But House leadership saw the measure as a positive move to answer critics on the Democratic side of the aisle.

“That’s money we will use to fill the budget hole right away so we can act responsibly to prevent devastating cuts to our health care and mental health services,” said Speaker Charles McCall, a Republican from Atoka.

He urged the senate to move quickly with approval along with bills appropriating money from carryover and Rainy Day funds to health agencies.

Here is the breakdown on the impact of HB 1085X.

If House Bill 1085X is approved by the Senate and Governor, the effective GPT rate will have been increased by 2 full percentage points since 2016, yielding $412.5 million in new revenue.