Here is how Oklahoma U.S. Rep. Markwayne Mullin looks at the tax reform plan put forth by President Trump and the GOP leadership. 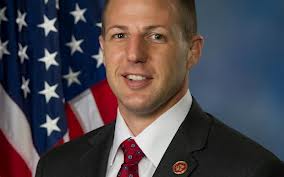 I remember what it was like to earn my first paycheck.  I spent all month putting in hours to earn a decent wage.  When pay day finally arrived, I looked at my paycheck and saw that a substantial portion of my earnings didn’t even end up in my pocket.  Dollars going to local, state, and federal governments took a hefty chunk of my hard-earned wages and left me wondering how it was fair that Congress and unelected bureaucrats spent my money however they saw fit.  Unfortunately, this is the reality for so many hardworking Oklahomans each and every pay day.

Fortunately, relief for Oklahomans from our burdensome tax code is on the way.  I’m working alongside the White House and other members in the House to lessen the tax burden that currently weighs on so many Oklahomans.  Under the Tax Cuts and Jobs Act, the average American family of four will receive a $1,182 tax cut.  Imagine what you could do with $1,182 more in your pocket!  That’s enough gas money for nearly a year or enough to cover a couple months’ rent depending on where you live in Oklahoma.

The current tax code is too complicated for most Americans to understand.  The Tax Cuts and Jobs Act offers solutions to a complicated, lengthy tax code.  This bill makes it as simple as possible to file your taxes.  We want it to be so simple that 90% of all Americans can file their taxes on a form as simple as a postcard so you don’t need that expensive tax preparing software.

This tax reform bill makes the first $12,000 on every person’s income completely tax free.  By significantly increasing the standard deduction, you can keep almost double the amount compared to under the current tax code.  When tax season rolls around, individuals can deduct up to $12,000 and married couples can deduct up to $24,000 jointly.

The Tax Cuts and Jobs Act reduces the tax burden on lower and middle class Americans by lowering the tax rates for individuals.  We cut down the number of brackets from 7 to 4 with individual tax rates of 12%, 25%, and 35% with an increased standard deduction that makes the first $24,000 for every family tax-free.  The highest income Americans who make over $1 million each year will continue to be taxed at a rate of 39.6%.

I’m working to ensure Oklahomans enjoy a tax code that allows for more jobs, fairer taxes, and bigger paychecks.  The Tax Cuts and Jobs Act does exactly that.  We’re modernizing our outdated tax code to make sure that hardworking Oklahomans get to keep more of what they earn in their own pockets—rather than sending it to Washington, D.C.  This bill will overhaul the complex tax code so that Oklahomans keep more of the wages they earn and deserve.