Purcell Company Planning to Move Ahead with Controversial Venezuelan Contract 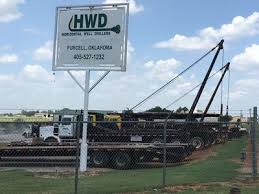 Operators of the little Purcell drilling company that won a huge contract to drill for oil in Venezuela contend they can handle the operation and plan to begin moving rigs to the troubled company in the coming six to nine months.

It’s what CNBC reports after spending weeks attempting to contact the owners of Horizontal Well Drillers who have been elusive in answering questions about their relationship with Venezuela and its dictator President Nicolas Maduro. The network’s investigative team apparently is the first to actually get communication responses from executives at the Oklahoma company. But the responses were by email and not in person.

As CNBC reported, the company has a deal to drill nearly 200 wells in the Carabobo area of the Orinoco heavy oil belt which is said to be home to some of the largest oil reserves in the world.

The Purcell exploration company reportedly told CNBC that it is “uniquely qualified” to handle the project.

The company’s CEO Todd Swanson and general counsel Brent Mills personally attended a ceremony to sign a memorandum of understanding with President Maduro on hand. OK Energy Today initially reported on the deal that stunned the U.S. energy industry in August, 2017. 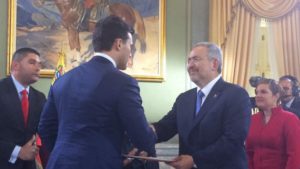 But CNBC calls the deal “curious” because Venezuela’s on the verge of economic collapse and several major energy companies have hundreds of millions of dollars in bills yet to be paid by the country. Venezuela simply cannot come up with the cash.

The network also discovered where Horizontal is getting its financing. A Canadian firm, Callidus Capital provides the funding which under the deal reached with Venezuela, must be provided upfront in order to begin the drilling.

Executives with Horizontal Well Drillers declined to offer any comment about the firm’s finances.