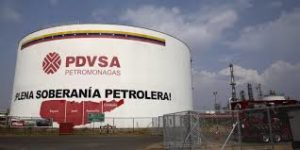 No word how this might affect the Purcell exploration company that last summer won a huge oil-drilling contract with Venezuela, but the country has named a new head of the struggling state oil company.

The general will no doubt be in charge of monitoring how Horizontal Well Drillers LLC of Purcell carries out its drilling operations in an oil-rich area of Venezuela. When the company won the contract last summer, many energy observers wondered how it was able to accomplish such a move and whether it was wise considering the turmoil in the country.

So far this year, nearly 60 people including many senior managers at PDVSA. In the past week, the government jailed six top executives of PDVSA’s U.S.-based subsidiary Citgo.