County Bridges to Get Updates in State’s 5-year Plan 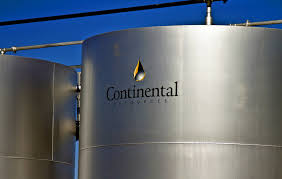 “Continental’s operations continue to become more capital efficient each quarter, allowing us to sustain our low-cost advantage. Additionally, due to continued strong well performance in all of our plays, we are raising our exit rate production guidance to 280,000 to 290,000 Boe per day, a 33% to 38% increase over fourth quarter 2016. This positions us for strong, cash-flow-positive growth in 2018,” added Hamm.

Third quarter net production totaled 22.3 million Boe or nearly 243,000 Boe a day which is a 7 percent increase over the second quarter 2017 production.

The company said third quarter production was affected in September by unusually rainy weather in the Bakken as well as midstream curtailments in Oklahoma connected to Hurricane Harvey.

Fourth quarter oil production on a daily basis is expected to be 14% to 18% higher than the third quarter. Continental Resources reported it had 57 gross operated wells with first production in the third quarter with an average 24-hour IP rate of 1,752 Boe a day. Fifteen of the wells had 24-hour rates of more than 2,000 Boe per day.

The firm’s STACK net production was up by 12% over the second quarter as it averaged 35,619 Boe a day. The company completed 32 gross operated and non-operated STACK wells in the company.