Scaling Back Operations of Chesapeake Energy

Man Behind VW Emissions Scandal to be Sentenced Next Week 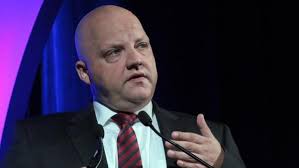 An executive behind Volkswagen’s diesel emissions cheating scandal that will result in millions for the state of Oklahoma is to be sentenced next week in federal court in Detroit, Michigan.

It was in August when Oliver Schmidt, former general manager of VW’s environmental and engineering office in the U.S. pleaded guilty to federal charges of conspiring to defraud the U.S. and violating the Clean Air Act. The cheating scandal involved nearly 600,000 diesel vehicles in the U.S. and Schmidt will learn his fate on Dec. 6. He could get up to five years in prison for conspiracy to defraud the U.S., wire fraud and violation of the Clean Air act.

The VW company pleaded guilty in March to defrauding the U.S. government. It agreed to pay $4.3 billion in penalties as well as billions more to buy back the faulty cars. As part of the $15 billion in settlements, states will share some of the money, including Oklahoma.

As OK Energy Today reported earlier in the month, the state is in the process of creating a plan on how to spend the money on clean air projects and lowering emissions. On Dec. 5, the day before Schmidt is to be sentenced, the Oklahoma Department of Environmental Quality will hold a “listening session” to get input from the public on creation of the Beneficiary Mitigation Plan. The Plan will be a draft of how the state will spend the millions from VW on reducing emissions and cleaning the air.