Fate of Budget Bailout Bill in Hands of Oklahoma Senate 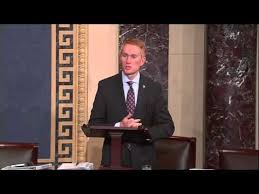 The tax reform bill proposed by Senate Republicans has strong support from Oklahoma U.S. Sen. James Lankford who took to the Senate floor to express his thoughts.

The bill has an obvious impact on the energy industry in Oklahoma, whether it’s a push to eliminate some wind tax credits or a move affecting oil and gas.

In his Senate speech, Lankford repeated his claim that the nation’s economy is “stuck” with half the growth in the last ten years than in any ten-year time period going back to the Great Depression.

“The tax reform that we have in discussion in the Senate right now deals with some very basic things, beginning with more take-home pay for individuals,” said the Senator.

He came out in support of removing the individual mandate of Obamacare, calling it a tax on the middle class.