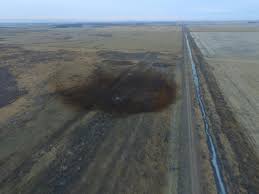 TransCanada reports it’s removed more than 44,000 gallons of oil from the spill of the Keystone pipeline in South Dakota.

In its most recent update, the Canadian company reported it has 170 people on-site “working around-the-clock” in an effort to clean up the spill that occurred last week.

“As of November 24, TransCanada has recovered 44,730 gallons of oil,” reported the company on its website.

Preliminary inspections were supposed to be completed on Sunday but the company has no estimate of when the pipeline might resume operations.