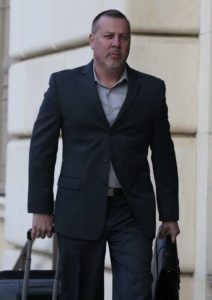 When Texas oilman Stan Bates failed to show for a court case in Overland Park, Kansas in the past week, the Judge entered a nearly $650,000 against his Bates Energy Oil and Gas Company that had been sued in a breach of lease contract.

Bates, indicated earlier in the year along with Texas state Sen. Carlos Uresti for reportedly defrauding investors had been sued after backing out of a contract to lease 170 rail cars to transport frac sand. The suit was filed by Caldwell-Baker Co. of Gardner, Kansas just days after Bates and Uresti had been arrested in Texas.

The two men are scheduled to stand trial in San Antonio federal court in January over their now-defunct frac sand company FourWinds. They stand accused of running a Ponzi scheme over the purchase and sale of sand.

Bates Energy was also sued in July by a Utah company after it allegedly rejected deliveries of 40,000 tons of sand.