Scaling Back Operations of Chesapeake Energy 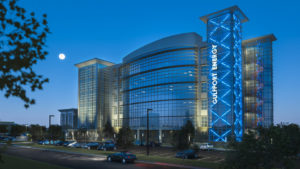 The EJ Craddock, 8-28X21H had an average production rate of more than 16 MMcfe a day.

Gulfport said a Springer well located in southeastern Grady County had a 24-hour initial peak production rate of 619 barrels of oil a day.