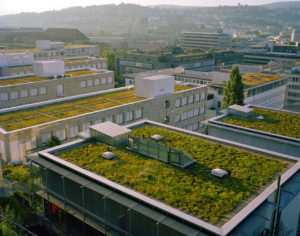 Denver, Colorado has become the latest city around the world to require more of a “green” effort by those putting up big buildings. A ballot initiative mandating environment-friendly roofs in the city won approval recently with 54 percent voting for the issue.

It means Denver will require rooftop gardens or solar panels on new buildings in an effort to keep the air cooler and reduce the amount of energy burned by air conditioners. Denver is joining San Francisco, New York, Paris and London in the green requirement.

But Denver’s new mandate will target some existing buildings, requiring them to be fitted with green roofs whenever the old one has to be replaced. However, some older buildings won’t be able to support the heavier green roofs.