State Continues Working on Release of Permits and Completion Reports 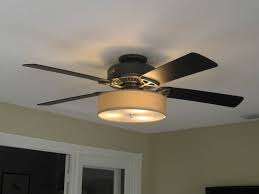 Oklahoma Congressman Markwayne Mullin and others on the U.S. House Energy and Commerce Committee take up the issue of ceiling fans and how new energy rules apply to them during a Tuesday hearing on capitol hill.

The focus of the hearing will also be on the Energy Star program, a voluntary system that identifies the most energy efficient choices in appliances, homes and buildings. As part of the Ceiling Fan Energy Conservation Harmonization Act, mandatory efficiency standards are set. But those standards won’t take effect until 2019 and 2020.

The government estimates the new standards on ceiling fans and lights will result in a cumulative greenhouse gas emission reduction of more than 120 million metric tons of carbon dioxide and 64,000 metric tons of sulfur dioxide between 2020 and 2049.