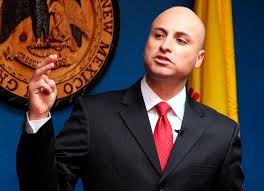 New Mexico Attorney General Hector Balderas is one of eleven attorneys general who sent a letter last week to the National Park Service opposing proposed fee-increases at high-profile parks in the U.S.

“The Service’s proposed fee increases, which double or even triple existing entrance fees, threaten to put many Americans to the choice of beauty or bread and to distance them from the places in which so many experience the natural wonder of our great and unique nation,” wrote the attorneys general. “We cannot let the most popular and awe-inspiring national parks become places only for the wealthy.”

They also stated that the Park Service has “not offered a reasoned explanation for its proposed fee increases and its actions are inconsistent with the laws that govern our national park system.”

Their letter complained that the Park Service’s proposal also fails to include any analysis or evidence that the Service has considered or met the criteria set forth by Congress.

“We urge the Service to scrap the proposed fee increases and instead seek adequate funding from Congress and support current bipartisan legislative proposals.”