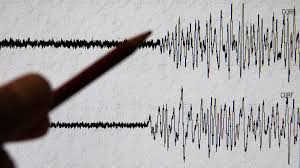 Yet another study is blaming the oil and gas industry for earthquakes. this time, it’s in Texas and the research was published in the journal Science Advances.

The researchers were led by Beatrice Magnani, a seismologist at Southern Methodist University according to a story in Newsweek magazine.  Researchers were attempting to understand whether the quakes in north Texas were caused by human activity or had a natural origin. They analyzed fault history of the Fort Worth Basin in Texas and the northern Mississippi embayment.  And they came to the conclusion that the faults rarely move.

“There hasn’t been activity along these faults for 300 million years,” explained Magnani. “Geologically, we usually define these faults as dead.”

But the scientists and researchers say for the first time, they used “seismic reflection data” and looked at photos created by sound waves underneath the Earth’s surface.

“To our knowledge, this is the first study to discriminate natural and induced seismicity using classical structural geology analysis techniques,” stated the researchers in their paper.

“We hope that the response from our colleagues will be to deploy this [technique] elsewhere,” Michael Blanpied, co-author of the study and a U.S. Geological Survey geophysicist, told The Washington Post.