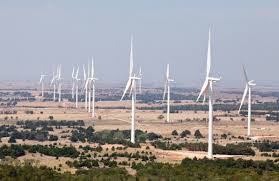 Mark Yates, Oklahoma Director of the Wind Coalition responded to an inquiry from OK Energy Today, calling the Manufacturers Sales Tax Exemption a “key driver of economic growth and investment” in the state.

The same exemption is offered to oil and gas, agriculture, electric power generators and manufacturing companies and is designed to promote capital investment in the state.

“Anti-wind groups have targeted just one industry – wind energy – to be removed from the exemption,” argued Yates. ” Ironically, the loudest voices in those groups have been the lobbyists for some oil and gas groups.  They would keep the program for themselves, for coal power plants, gas power plants, and other energy producers.”
He contends it doesn’t make sense and that the oil and gas industry should look at itself.
“With no incentives remaining, the relative burden borne by wind projects exceeds most new oil and gas projects so oil and gas lobby efforts attacking wind should be seen for what they are – a diversion from their own issues,” contended Yates.
“If oil and gas offered to eliminate the manufacturers sales tax exemption for themselves, they’d be credible.  Until then, they are hypocritically attacking other industries who seek to invest in Oklahoma and that’s harmful to the state’s economic future.  If we want a “level playing field”, the Manufacturers Sales Tax Exemption should be available to all energy industries, or none of them.”