Pruitt Says ‘War on Coal’ Was a Real War….Defends Move to End It 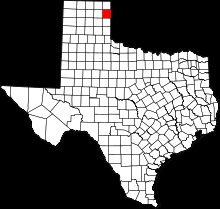 No injuries were reported in a well explosion Tuesday near the Texas Panhandle town of Glazier.

The Department of Public Safety was forced to close Highway 60 for a while as the fire was allowed to burn itself out. Glazier is a community located north of Canadian, Texas.

The well was leased by Overflow Energy LLC, a company founded in 2007 in the Texas Panhandle, according to My High Plains, a website based in Amarillo.  Its primary operations are saltwater disposal wells in Texas and Northwestern Oklahoma where it manages more than 50 such facilities. It also recently expanded to the SCOOP and STACK plays in Oklahoma as well as the Permian Basin in Texas.

An oil tank battery explosion also on Tuesday southwest of San Antonio injured two persons. Happened in an oil field in La Salle County on the Ludwig Ranch near the town of Dilley. A report by KSAT-TV stated the battery was operated by Carrizo Oil and Gas.

The two injured workers were flown to a hospital in San Antonio.