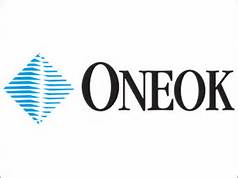 Tulsa-based ONEOK’s Board of Directors declared a quarterly dividend of 74.5 cents per share effective for the third quarter of 2017, according to a company press release issued Wednesday.

The annualized dividend has reached $2.98 per share. The dividend is unchanged from the previous quarter when it was increased 13 cents per share, or 21 percent, following the close of the ONEOK and ONEOK Partners merger transaction.

The dividend is payable on November 14, 2017, to shareholders of record at the close of business on November 6, 2017.