WTI Settles Above $52 a Barrel on Wednesday 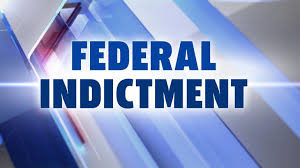 A Texas man has been indicted on charges of lying about tests on a blowout preventer at an offshore oil and gas platform five years ago.

Kenneth Johns, 45 of Rosharon, Texas was indicted recently on one count of conspiracy to obstruct justice and two counts of making false statements, according to a report by the Associated Press.

Acting U.S. Attorney Duane Evans in New Orleans said it involved an incident in 2012 and that Johns was a supervisor for a contract company. If he’s found guilty, Johns could get 15 years in prison and fines totaling $750,000.

The indictment alleged Johns falsified a chart at the request of a representative for the well’s owners.

In the wake of the BP oil spill of 2010 in which eleven men were killed, the government requires operators to use independent companies to certify equipment designed to keep wells from blowing out. It was a faulty blowout prevent that caused the BP spill in which millions of gallons of oil flowed into the Gulf of Mexico for nearly three months.