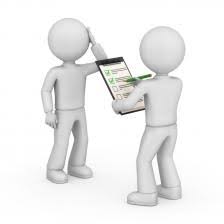 The Sierra Club has launched a statewide poll in Oklahoma of the work being done by EPA Administrator Scott Pruitt and whether he’s using his position to run for the U.S. Senate or Governor in the state.

“We invested in this polling to get a sense of whether people in Pruitt’s home state are concerned about his actions at the EPA,” said Trey Pollard in response to an inquiry from E and E’s Climate Wire. “We’re currently exploring options to hold him accountable and this is a first step.”

There has been political speculation that Pruitt might become a contender for Sen. Jim Inhofe’s seat should the 83-year old Inhofe decide not to seek re-election in 2020. Also, Gov. Mary Fallin will be term limited in 2018 and already there are at least 13 announced candidates.

As E and E reported, the Sierra Club did not reveal contents of the polling but it quoted Grace McRae, director of the Club’s polling and research.

“Our research indicates that Scott Pruitt’s record in DC is raising some major red flags for people in Oklahoma, especially when it comes to his attacks on clean water, his failure to curb dangerous pesticides, and his abuse of taxpayer-funded travel,” she said.

The club indicated it found Pruitt is vulnerable in some areas and plans to use the results in targeting him, but not necessarily in a political campaign should he decide to run.