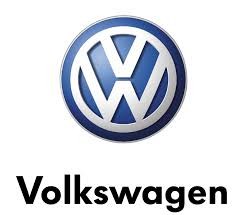 The Volkswagen Settlement Agreement Environmental Mitigation Trust was approved on Monday, initiating the process where billions in trust money can be allocated to states for clean transportation efforts, according to a press release issued by the Sierra Club.

Under the settlement, states must identify a lead agency to supervise the distribution of settlement money by Friday, December 1, 2017.

“Volkswagen’s actions were as dangerous as the sickening smog their vehicles left behind,” said Gina Coplon-Newfield, Director of the Sierra Club’s Clean Transportation for All group. “But with funding from the settlement’s Environmental Mitigation Trust, states now have the opportunity to implement clean electric transportation initiatives to drive away dirty pollution.”

In September 2015, Volkswagen admitted to installing software in specific diesel vehicles designed to bypass pollution control systems, resulting in dangerous emissions up to 40 times than allowed by law. OK Energy Today published several stories in 2016 about the automaker’s emissions scandal and subsequent lawsuit. In October of 2016, Volkswagen agreed to settle the case by spending up to $14.7 billion to remediate the excess smog emissions.

In Oklahoma, the Office of the Secretary of Energy and Environment under Secretary Michael Teague is overseeing the state’s participation. Oklahoma is eligible to receive funding if officials meet the case requirements and deadlines.

“This Environmental Mitigation Trust is a move in the right direction toward cleaning up Volkswagen’s dirty deceit, but we need to make sure the money is spent wisely,” said Coplon-Newfield. “Investing in efforts to expedite the switch to clean electric vehicles, including charging infrastructure and zero emission buses, will truly provide relief to those communities most adversely affected by the high levels of air pollution that VW’s vehicles–and conventional vehicles generally–have caused.”