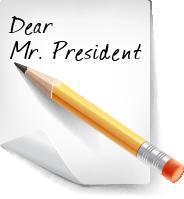 Oklahoma U.S. Senators Jim Inhofe and James Lankford are among several oil state Senators who wrote to President Trump asking for a meeting with him to discuss the controversial Renewable Fuel Standard.

Their letter came after Midwest lawmakers pressured the Trump administration to continue supporting the RFS. And it was considered a big win for the biofuels industry.

In the wake of the RFS victory, Republican Senators Ted Cruz of Texas and Mike Lee of Utah held up the confirmation of USDA nominee Bill Northey. That prompted Iowa Senator Charles Grassley to threaten to hold up EPA nominees.

Then Sens. Inhofe and Lankford joined Cruz, Lee and five other GOP senators in asking President Trump for a meeting to discuss the RFS reform.

“Hard-working Americans whose jobs depend on a strong independent refining industry deserve the opportunity for you to hear directly from their representatives on the potential impact of policies that could kill their jobs and destroy a critical component of our nation’s economy,” the letter said.

“If your administration does not make adjustments or reforms on matters related to the Renewable Fuel Standard, it will result in a loss of jobs around the country, particularly in our states. For example, a recent study found that if U.S. independent refiners go out of business, an estimated 75,000 to 150,000 American jobs are potentially at risk.”

The nine Senators said they would like to meet within the next three weeks to find “a pathway forward toward a mutually agreeable solution.”